Oceanbotics™ is the newest division of RJE International, Inc. and features an interesting history – one could even say that innovation is written into the team’s collective DNA.

The history behind RJE International products and it’s reputation for developing advanced tech in the marine industry all started from one German-Austrian family. In 1972 the famed inventor Ernst Jechart was responsible for creating the modern-day portable atomic clock.

His invention would later pave the way for some groundbreaking technologies, including the Global Positioning System (GPS) that we all defer to today when using our phones for navigation.

This curiosity for technical innovation and entrepreneurial ambition was then seemingly passed to his son, Robert Jechart (pictured right), who chose to continue this legacy as Founder and CEO of RJE International and Oceanbotics™.

RJE International was started in 1990 by Robert Jechart in the spare bedroom of his home and has now become a world leader in underwater navigation systems, including beacons for black boxes on aircraft, and underwater mission critical products. Our customers include the U.S. Navy and many other government and commercial diving ops in over 40 countries around the world. 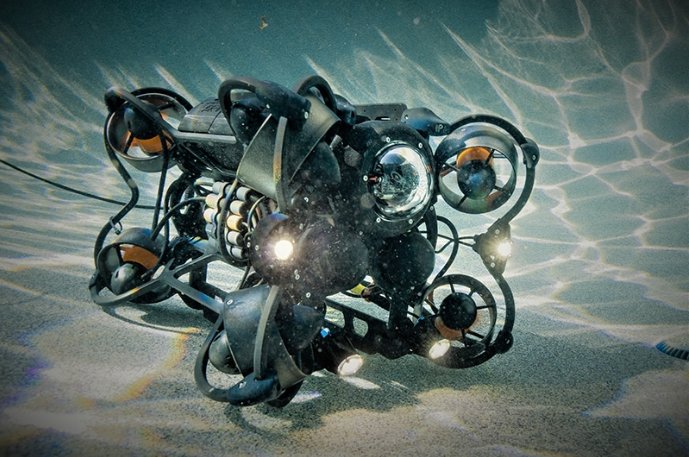 Oceanbotics™ is the newest division of RJE International, Inc. and features an interesting history – one could even say that innovation is written into the team’s collective DNA.

After the sale of one of RJE International’s product lines to a Fortune 500 company, Robert turned his attention to developing something new and different. While attending a friend’s demonstration of an underwater ROV, he was shocked by how difficult it was to maneuver the vehicle or figure out where you’re going. After a few days of brainstorming, he invited his friend to lunch to share his idea for a new type of underwater ROV, one that would be based on simulating an aerial drone design concept.

RJE seized its opportunity to develop a next-generation ROV, and RJE Oceanbotics was formed in June 2017 with the launch of the SRV-8; a professional-grade remotely operated vehicle (ROV) for marine professionals that addressed the shifting demands of marine and underwater professionals and delivers exceptional maneuverability, versatility and ease of use.

After an intensive engineering effort from our amazing and dedicated team, the SRV-8 is now the most talked about ROV in the professional community for it’s extreme maneuverability, intuitive operation, precision control, ease of use and reliability for professional-grade ROVs.

Oceanbotics™ is working with an assortment of professionals around the world including the scientific community, law enforcement, search & rescue (SAR), offshore inspection, aquatic farming, reef monitoring, defense, and commercial diving – just to name a few.

Our team is diligently working on a number of new innovative solutions and pledges to keep pushing the boundaries of user-friendly and ergonomic underwater robotics technology.

And we’re just getting started…

First production of the SRV-8 manufactured and shipped 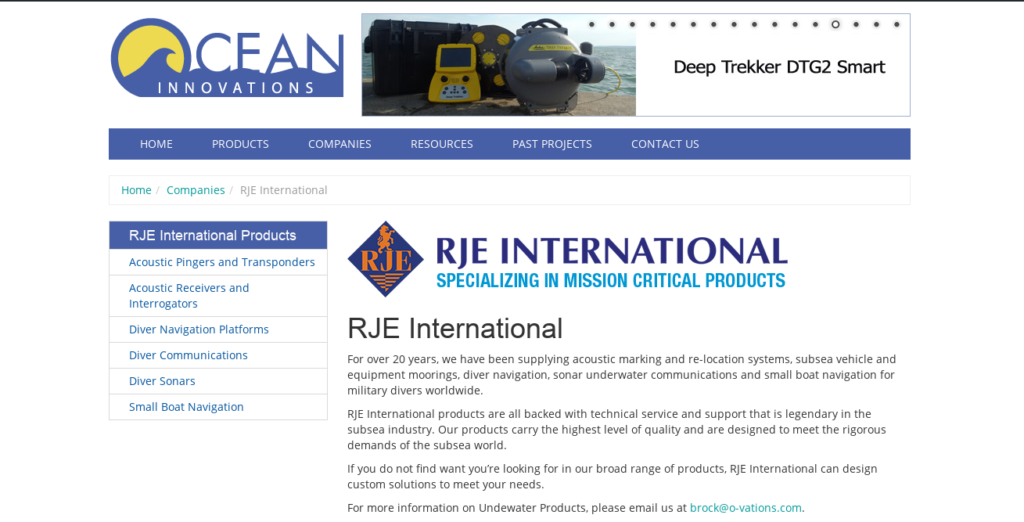 RJE Oceanbotics is a subsidiary of RJE International, Inc., a worldwide leader in underwater acoustic relocation and navigation products. Founded over 25 years ago, RJE has built a reputation for excellence in technology, reliability, and customer service.