Quiescent Imaging for Deep-Sea Science: Advances in Technology and Productivity

As seen in the August 2019 issue of Ocean News & Technology. 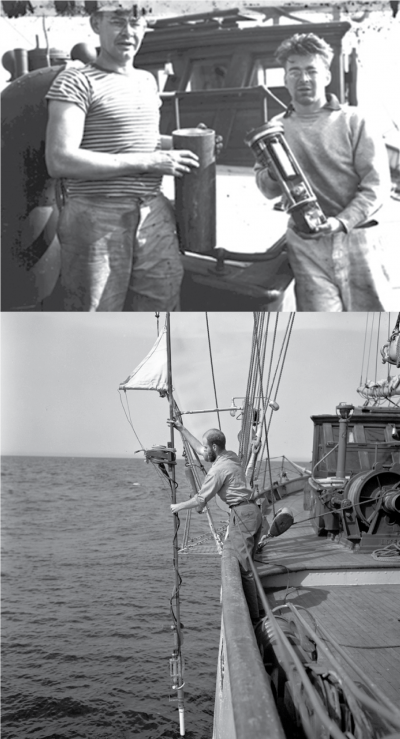 Maurice ‘Doc” Ewing (top left) and Allyn Vine (top right) on the original RV Atlantis holding one of the first deep-sea 35 mm cameras developed in the late 1950s. (Bottom) David Owen deploying a deep-sea camera from the RV Vema in the late 1950s3.

Since its emergence in the 19th century, underwater imaging has been responsible for many of the discoveries and advancements in the oceanographic sciences. With over 80% of the ocean undiscovered according to the National Oceanic and Atmospheric Administration (NOAA),1 the need for high quality underwater imaging remains true today. Mapping the seafloor, studying the geochemical processes taking place in the ocean, observing marine life, and the myriad of other research initiatives related to understanding the world’s oceans all benefit from high-resolution, data-rich images. Photographic and direct observations of the ocean floor are intimately tied to understanding the dynamic and interactive physical, chemical and biological processes occurring there.

Subsea imaging can be traced to the earliest days of underwater photography when French inventor Ernest Bazin took photographs from a diving bell in the 1860s. Nearly a century later, Harold Edgerton, an engineering professor at MIT, developed the deep-sea strobe light, providing the “sunlight” required to take photographs of the deep ocean and seafloor for the first time. That development, coupled with the engineering efforts at the Lamont Geological Observatory of Columbia University and the Woods Hole Oceanographic Institution (WHOI), led to the first generation of modern deep-sea cameras2. These systems were simple by today’s standards, but they provided key photographic evidence of animals and seafloor features over small areas in the deep ocean.

Subsea imaging capability leapt forward with the advent of digital imaging. Today, the ability to digitally image a large area and merge the constituent images together in a photomosaic provides a powerful tool for mapping and understanding the geological relationships between features of various dimensions – from centimeter scale to tens or hundreds of meters in size. Biological features on the seafloor, and the distribution of biota in different environments, also lend themselves to precision study using digital images and mosaics. Revisiting various deep-sea study areas is now common, and has been an important research theme within the US Ridge2000 Program.4

High-resolution subsea imaging is at the core of the research performed at the Multidisciplinary Instrumentation in Support of Oceanography (MISO) Facility at the Woods Hole Oceanographic Institution (WHOI). MISO was developed with National Science Foundation – Ocean Sciences (OCE) Division funding to support US investigators requiring deep-sea digital imaging and sampling capabilities for seafloor experiments and surveys. MISO imaging systems have been used for a diverse suite of geological, biological, and biogeochemical investigations ranging from deep-sea coral studies; benthic biology traverses; hydrothermal vent research; and mid-ocean ridge and seamount volcanism, among others. 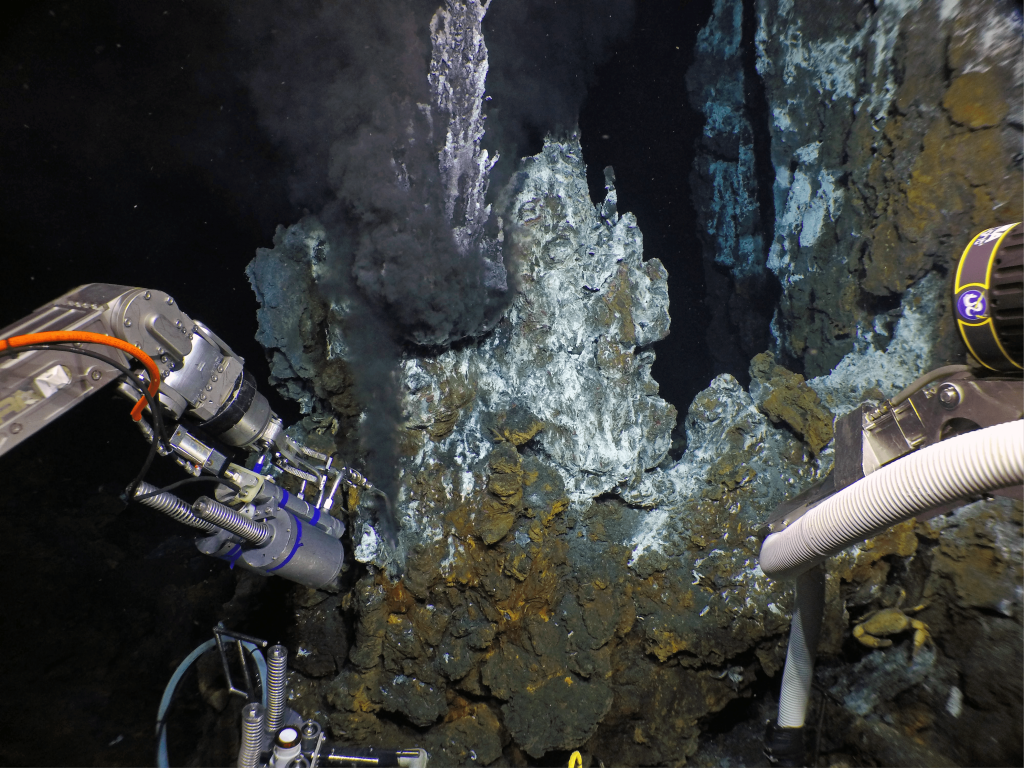 Image captured by a MISO-OIS GoPro 12MP camera of the HOV Alvin sampling ~360°C hydrothermal fluids from the Bio9 vent at the East Pacific Rise axis at 2,510 m depth. Rapid, 5 sec. interval, quiescent imaging documented seafloor features, context and operations without requiring any resources from either the pilot or the two observers. The science objectives required intense manipulative tasks to sample biota, fluids and microbiology from the vent chimneys and coordinate imaging with the DSPL 4K Apex camera mounted on the starboard manipulator forearm. Images such as this one have been acquired routinely on Alvin over the past ~3 years to assist in image acquisition for both science and operations, and to improve the quality of imaging capabilities5. Courtesy of D. Foranri, WHOI/NSF/HOV Alvin 2018, © Woods Hole Oceanographic Institution. © Woods Hole Oceanographic Institution

The WHOI-MISO Towed Digital Camera System (TowCam)6 and related deep-sea imaging resources provide deep-sea imaging and related equipment for oceanographic research in a range of seafloor environments, from mid-ocean ridges to continental shelves. Since completion of their construction in mid-2002, the WHOI TowCam systems and the imaging capabilities within MISO have been used successfully on more than 60 research cruises. The current MISO camera and TowCam systems have recorded more than 1 million deep-sea photographs since being placed in service. MISO deep-sea camera capabilities have also played an important role over the years in advancing imaging systems on WHOI’s research submersible Alvin and ROV Jason, which are part of the National Deep Submergence Facility (NDSF) operated by WHOI for the US University-National Oceanographic Laboratory System (UNOLS).7

In recent years, quiescent, fixed-focus imaging has emerged as an important complement to other user-controlled imaging systems. With quiescent imaging, the camera is set up to record video and/or capture stills at regular time intervals, requiring no further user input. Within WHOI-MISO, there is an identified need for high-resolution, high-capacity quiescent cameras for automated image acquisition on deep submergence vehicles. In collaboration with Ocean Imaging Systems (OIS), WHOI used DSPL Digi SeaCam and Super SeaCam housings and water corrected dome optics, and integrated a 5.4 mm non-distortion lens into a GoPro Hero4 camera with internal power as the basis for a family of self-contained quiescent cameras to provide this requirement. 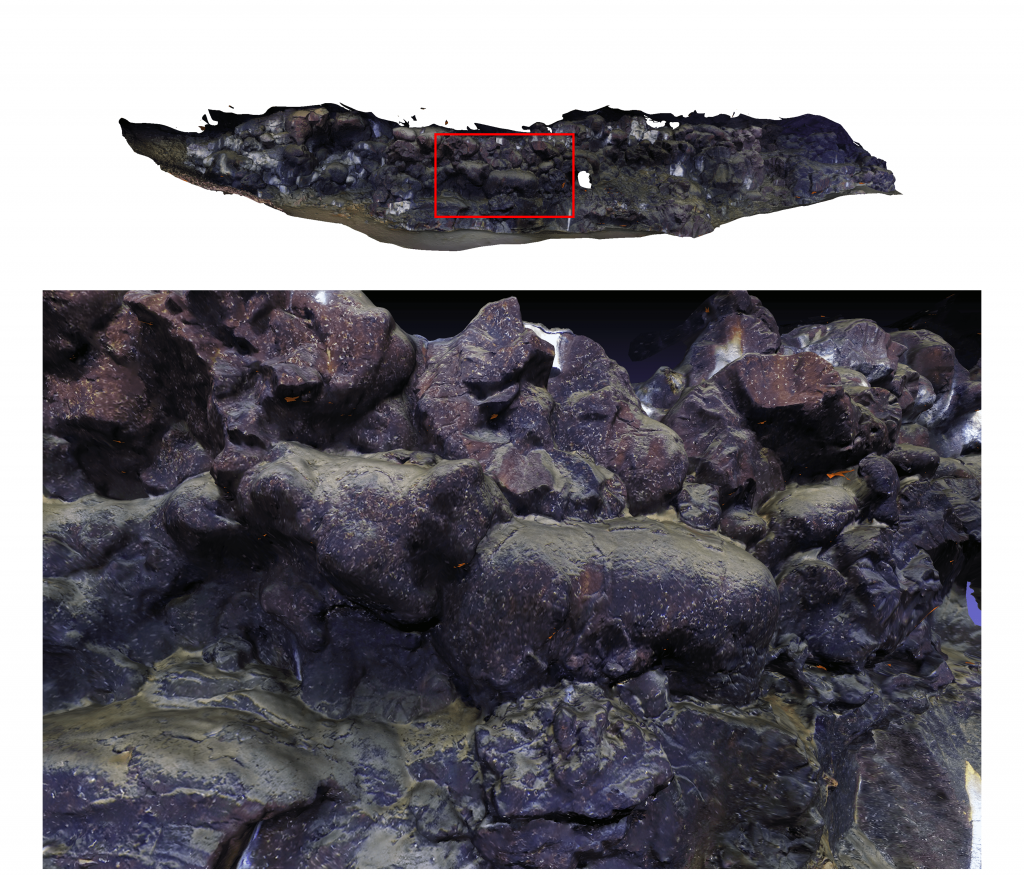 The time and attention of the human occupants in a submersible is a critical resource when conducting subsea operations. Tools that can operate with little or no input significantly leverage the mission time, especially when they can be put to uses that improve the quality and context of data acquired through other operations. This is how the MISO-OIS GoPro camera is routinely put to use on HOV Alvin. Mounted above the pilot’s window, this camera sees and captures wide angle, full 12MP still images at intervals customized to the mission profile and provides a complete record of the dive operations, capturing images of geological and biological samples in the environment they were collected from. The camera also records how these samples were collected, so any follow-up on methods or approach can be addressed directly. Since the camera is separate from Alvin’s onboard systems there is nothing for the occupants to attend to. This frees them to completely focus on the intense job of piloting the submersible while conducting sampling, imaging, and other manipulator tasks.

Post-processed imaging data collected in 2018 with the MISO OIS GoPro camera system in collaboration with the University of Bergen on the Ægir6000 ROV shows the potential of this technology for documenting subsea features. Here, a series of 263 images were combined to produce a mosaic of a scarp feature about 100 meters long at the Loki Castle hydrothermal vent field in the Norwegian Arctic. A low-speed auto-position transverse operation was used during the data collection, allowing both the ROV positioning and imaging to take place semi-autonomously.

Another initiative that took advantage of quiescent imaging capabilities was the OASIS Expedition AT37-05 cruise on the R/V Atlantis. During this expedition, researchers gathered high-resolution mapping and imaging along the 8° 20’N Seamount Chain to better understand magma distribution and melting processes in the mantle on the flanks of a fast-spreading mid-ocean ridge. The 24MP OIS camera mounted on HOV Alvin provided high-resolution imaging at 10-second intervals; this was an important mapping component that allowed investigators to quantitatively determine bottom type and faunal distribution along transects up the flanks of individual seamounts at various distances (up to ~200 km) from the East Pacific Rise axis.

More recently, in 2019, The Five Deeps Expedition deployed three landers to accompany the 11,000 m rated submersible, Limiting Factor, on a record-breaking series of dives to the deepest parts of the world’s oceans. The landers primarily serve as sample return boxes and acoustic waypoints to aid Limiting Factor in navigating the water column and seafloor. Additionally, they have been outfitted with water sampling and coring equipment and a quiescent imaging system using the IP Multi SeaCam and LED SeaLites from DeepSea Power & Light (DSPL). With the onboard recording capability of the IP Multi SeaCam, the Five Deeps team has been able to extend the range of science activities, providing additional seafloor context on biodiversity, geology, and hydrologic conditions without concurrently burdening the primary submersible operations. Discoveries of potential new species were announced just weeks after being observed. 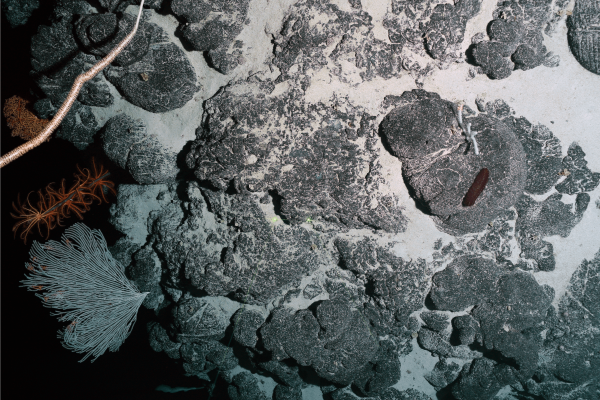 Sediment covered pillow lavas on a volcanic seamount west of the East Pacific Rise axis along the 8° 20’N Seamount Chain taken on the 2016 OASIS Expedition. The pillows are heavily encrusted with Mn-coating and host abundant deep-sea fauna such as corals, sea fans, gorgonians, crinoids, holothurians, and sponges. The distance across the bottom of the image is ~4 m

Subsea imaging has been intimately tied to our understanding of the world’s oceans since its beginnings. Today, along with the use of sophisticated vehicles and acoustic and chemical sensors, scientists use underwater imaging systems to expand our knowledge of the dynamic processes happening far below the water’s surface. Quiescent imaging systems, such as what is used at WHOI and that takes advantage of DSPL optical design and housing technology, frees up time for scientists to observe and perform experiments as high-resolution images are captured. As more complex tasks are performed at extreme depths, quiescent imaging represents an important future component of hadal research.

It remains to be seen what further technological advancements will be made in subsea imaging, but one thing is certain: it will continue to play a key role in revealing the wonders of the abyss.

To watch video clips that were acquired with quiescent imaging on HOV Alvin, go to this link. 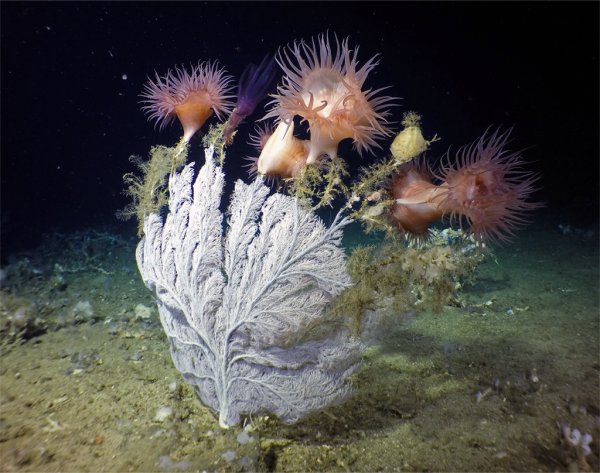 A Primnoid sea fan hosting a collection of purple anemones and yellow-brown branching hydroids and sponges. Image was taken with a MISO-OIS GoPro camera from the HOV Nadir operating from the MV Alucia in the Galápagos between Santa Cruz and Santiago Islands in 2015. This expedition was a collaboration between WHOI and Boise State University to perform geological and geochemical studies of the Galápagos Platform. The MISO-OIS camera augmented the research activities by capturing 10-second interval images throughout the HOV operations, documenting sampling sites and giving investigators a detailed baseline on the faunal diversity of this section of the Galápagos Marine Protected Area.

A Brief History of Imaging with TowCam

The original camera used for the MISO TowCam was developed by DeepSea Power & Light (DSPL) in the early 2000s using an original water corrected dome design by Mark Olsson at DSPL and a digital camera module based on the Nikon 995 series. The DSPL Digi SeaCam camera, rated for operations to 6000 m, was used for nearly a decade. The current camera used for TowCam imaging was developed by the late W. “Bill” McElroy of Ocean Imaging Systems (OIS). Since its original 12MP capability, it has been upgraded to 24MP using a Nikon D3300 35 mm DSLR and 20 mm Nikkor lens coupled with water-corrected dome optics, providing resolution from ~1m to infinity. 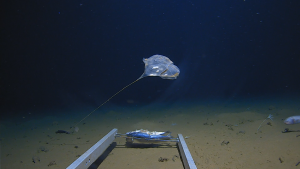 A potential new species of stalked sea-squirt observed by one of the IP Multi SeaCam quiescent HD imaging cameras on the science landers built for the Five Deeps Expedition. This specimen was observed below 6,500 m in the Java Trench during the successful attempt to dive the deepest point in the Indian Ocean. Dr. Alan Jamieson, chief scientist for the expedition, said “amongst many other rare and unique observations, the stalked Ascidean was a really significant moment. It is not often we see something that is so extraordinary that it leaves us speechless. At this point we are not entirely sure what species it was, but we will find out in due course.”

1“How much of the ocean have we explored?” National Ocean Service. National Oceanic and Atmospheric Administration. Accessed July 22 2019.